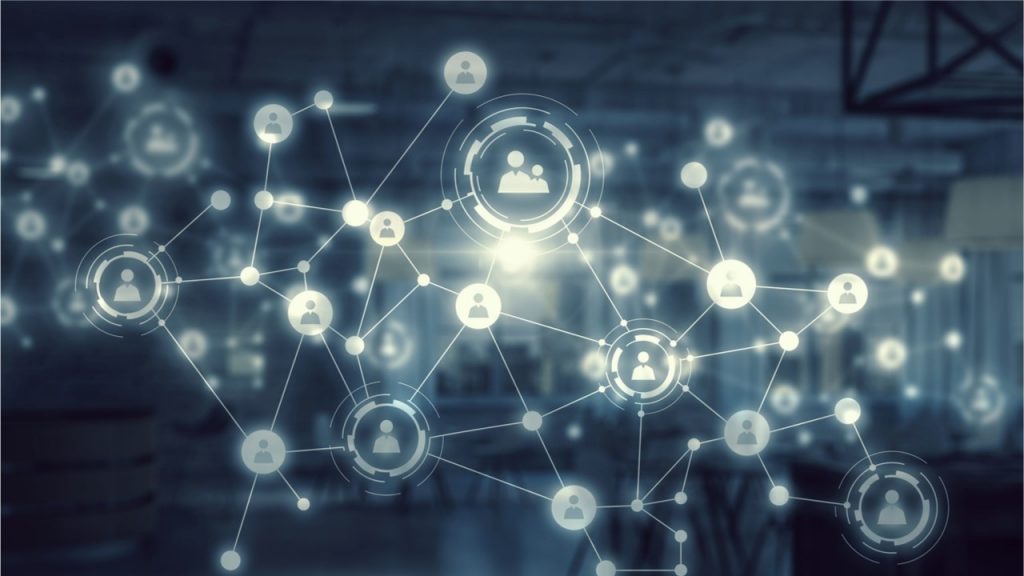 One of the great things about working in the executive protection field is the sense of community that we share, the feeling that we’re in this thing together and that we’re trying to make ourselves and each other better. If you’ve been working successfully in EP for some years, you’ve probably grown personally, just as you’ve grown your network in the EP community. You’ve learned a lot of new things – and gotten to know a lot of other likeminded people who care about each other and the industry. At least I hope you have.

I know that some of us are more active in the industry than others, and some are more natural networkers than others. But just how important staying up to date through proactive networking is really hit home after a recent meeting with an old contact. We used to work together years ago, but rarely get the chance to meet any more. I’ve been doing my thing, and he’s had a great run managing the executive protection program for a family office.

We got to talking and he started asking how we went about recruiting new talent, something that we do a lot of. Their team is much smaller than ours, of course, and their employee turnover had been low, but he was curious about our approach because they’d recently been having a harder time filling a few EP positions than they thought they would. In fact, some positions had been open for more than a year. The quantity and quality of candidates that had responded to their job ads had been underwhelming, and he couldn’t understand why they weren’t having better results.

The dangers of siloed thinking: out of touch, out of date, out of sight, out of mind

This got me thinking about what could be going on. For one thing, my friend’s EP program is not well known. Although the principal is extremely prominent and has an excellent reputation, the family office that is doing the hiring is not exactly a household name. Hiring for an anonymous organization is always going to be harder than hiring for a well-known Fortune 500 company.

For another, the EP program had become rather inward-looking over the years. Those working in the program don’t know a whole lot about what’s going on in the rest of the industry, and very few outside of the family office know anything about their EP program. Since they’ve run their EP program on their own for many years as a department within a department, and do all of their benchmarking internally, it’s easy to end up with a perspective that’s oriented more inward than outward.

To make things worse, the salaries and benefits they were offering were on the low side, and definitely not anything that would make most people want to change jobs. Compared to similar jobs in similar locations in the rest of the industry, they would by no means be considered competitive. My old friend wasn’t aware that this was the case – the last time he’d compared the team’s compensation to other organizations had been a few years ago, and a lot has changed since then. The days where there was so much EP talent looking for work that employers could pretty much do what they wanted – and still get to choose from the best talent available – are over. As employers, we now have get our own act together and face the fact that we are competing with others to attract and retain the best talent. If you look at what young people want in a job today, you’d better start thinking about formulating your team’s mission, set of values, career development plans and other things like that.

Finally, when I asked him what they did to communicate the job opportunities and the program itself externally, he mentioned all the stuff the family office typically does for all of its job openings – and not much more. While it might work for hiring lawyers and investment analysts, it wasn’t producing any tangible results within the EP community. They simply weren’t getting their message out there.

If I put all of these things together, the pattern becomes clear. The program was suffering from a siloed mentality, both within the family office and within the industry. Since EP is truly a niche competence, there was not a whole lot of communication and transparency going on between the EP team and the rest of the organization. They just didn’t have much in common, so they tended to stick to themselves and created a sub-culture within the larger organizational culture. The program’s relationship with the rest of the industry was also siloed. They did their thing without much contact to anyone else in the industry. The program manager and FTEs were not incentivized to participate in any industry networking or training events, and they rarely ran into others working in the field.

If you and your team don’t actively participate in the industry, you won’t know what’s going on. This is true not just for things like salaries and recruiting, but also for staying up to date with new professional ways of doing things. We are here to learn from each other. Think about this: if you worked in any other field for 10 years doing the same job, let’s say as an interior designer or a general contractor, and you never got any new input from peers in the industry or people outside of it but kept doing things the same way year after year, your work would soon start to look dated and out of touch with what people are looking for. Competitors who stayed abreast of new materials, new trends and new processes would be more likely to be doing cool things and attracting cool customers. This is just as true in our industry as it is in others.

Proactive networking breaks down the silos

I’m convinced the cure for such siloed thinking is more communication and better transparency through proactive networking. You build your network in several ways. One simple way is by just working and continuing to work in EP. Folks move around. You change jobs, other people change jobs. People move to new opportunities and to new companies both on the provider and the client side. It’s in everyone’s interest to stay in touch.

Among other reasons, that’s why I always encourage people not to slam the door when they leave one job for another, and why I try never to do it when one of our employees leaves the company for what he or she thinks is a better opportunity. What goes around comes around, and you never know where or when you’re going to meet again. It could be that one of the agents that worked under you a few years ago as a provider has since risen to the top of a corporate team, and that team is a potential client. It might be that your new boss is an old colleague. You always want your words and other dealings to keep the door to future collaboration open, not slam it shut due to some grievances, real or imagined.

To get more proactive, it’s also a good idea to meet people and network through professional organizations like IPSB and ASIS, both of which are doing a lot to help improve the industry and also provide a lot of growth and networking opportunities if you are open to them. The annual Close Protection Conference is a great example of this, of course, and it’s another way I encourage people in the industry, both old-timers and newcomers, to meet and greet with others.

Finally, let’s not forget the significance of social media. I’m not saying that everyone needs to be a social media rock star, but I do think it’s important that people who care about their careers and the industry are at least moderately active online.

Read some blogs – not just ours, but some of the other good ones that are out there written by people who care about the executive protection industry. Maybe you even want to write a blog if you’ve got something on your mind that others might find helpful? And don’t forget about the many great groups (let’s not get into the many not-so great groups) on LinkedIn and Facebook. Yes, there are plenty of folks just tooting their own horns for their own reasons, but there are also lots of EP practitioners who are sharing interesting ideas on what’s happening in the industry and how to improve it. Let’s all try to be those practitioners!